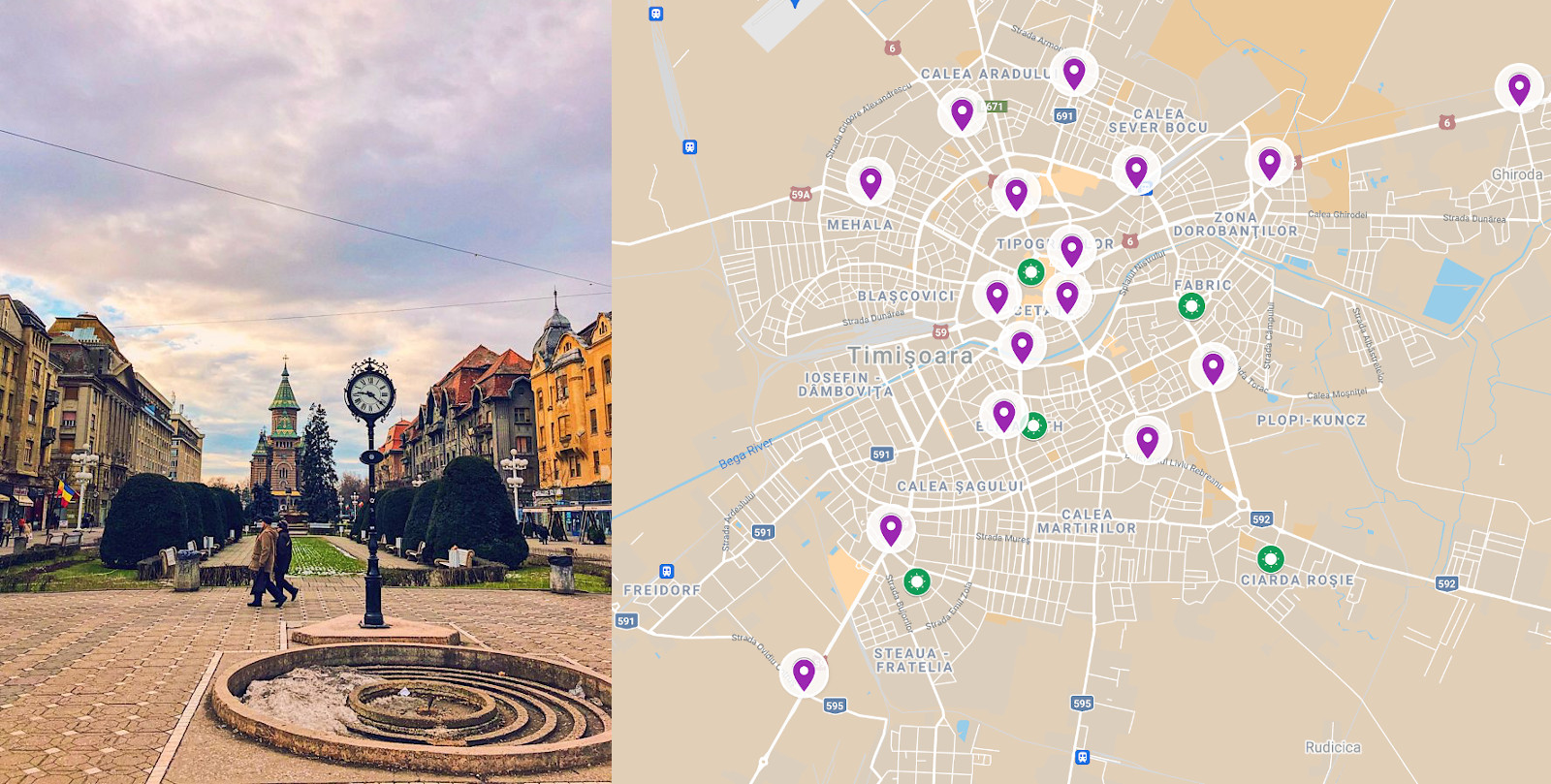 Timisoara is the main economic, social and cultural center in western Romania and the country’s third city by population size. Timisoara has recently committed itself to a strong digitalisation direction, through which to modernise the city’s services using the latest technologies.

Being a company that started from Timisoara, uRADMonitor (MAGNASCI SRL) offered to help the digitisation efforts of its hometown, donating 16 uRADMonitor A3 devices free of charge to the Timisoara City Hall. The devices are equipped with GSM connectivity. The City Hall installed the units in key points across the city for more relevant data.

The sensors are installed in the following locations:

The measurements offer interesting insights on things related to the city: traffic intensity, air quality & pollution, noise levels correlated to city’s life cycles but also CO2 emissions correlated to the carbon footprint and vegetation cycles. The data is available via the City Hall’s data portal and can be used freely by research institutes or universities for projects useful to the city:

The sensors are also visible on the dedicated map “Aer pentru Timisoara”:

Several buses in the city are equipped with sensors that map air quality while driving across the city. This offers a new perspective on measurements, since it covers more ground compared to the fixed points.

The uRADMonitor A3 devices were tested at the INCD-ECOIND National Institute in Bucharest but also abroad at AQMD AQ-SPEC USA and AIRPARIF / ATMO France, with very good results of accuracy and measurement performance.

The devices monitor pollution in real time through 10 important parameters: Temperature, Humidity, Volatile organic compounds, Powders in suspension PM1, PM2.5, PM10, Ozone, Formaldehyde, Carbon dioxide, Noise level. uRADMonitor A3 was developed starting with 2016 and it is now at its 9th hardware version. The entire research and development effort in Timisoara, being one of the high tech products manufactured in Romania.

MagnaSCI was founded in late 2015 in Timisoara, with the mission of developing innovative technologies that produce a positive impact on a larger number of people. The company received worldwide recognition with its first successful product, uRADMonitor, deployed at planetary level.