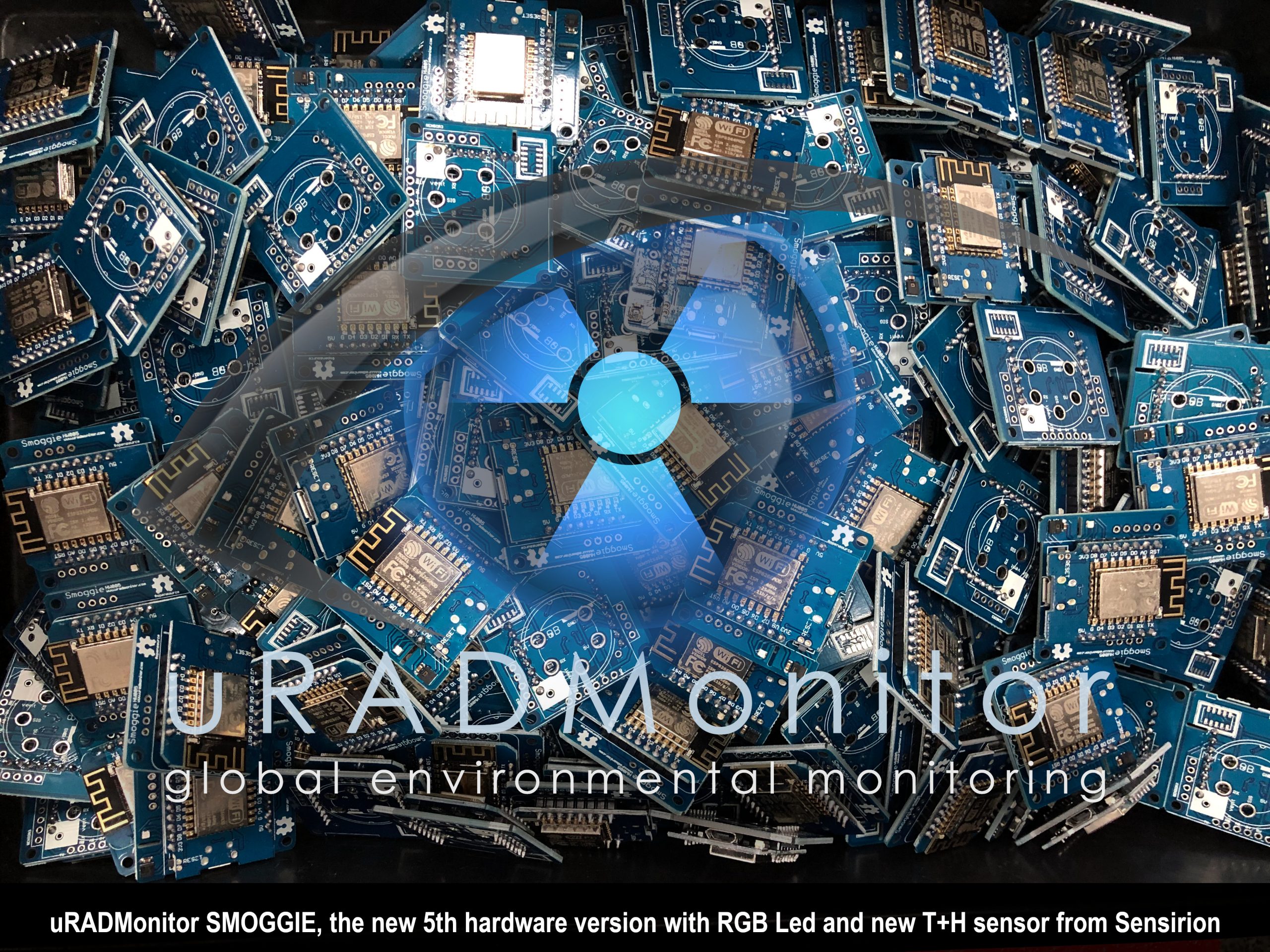 When I designed the “uRADMonitor SMOGGIE”, I was trying to find a solution for the uniformity problem of the uRADMonitor network. The sensors were present mainly in developed areas, leaving in the dark various other places on Earth. The resulting map matched the Facebook Graphs or the Electric Lights viewed from Space. I think we all understand the whys and the hows.

But for uRADMonitor, this was a big problem. This network needs to spread on the entire planet, not only in a few developed cities. The irony is that less developed areas are lacking proper regulations and pollution control, so the problems are more prominent exactly there where there is no economic power to implement solutions. So we did a crowdfunding campaign that tried to move capital from the rich to the power and solve this problem, but success was moderate:

So I went back to the drawing board, trying to use technology instead for a proper solution. It was obvious that cost of the hardware was the main deterrent for mass adoption. A new kind of design was needed, that would lower costs but without any compromise on data quality and accuracy of measurements. With this in mind, I created the world’s smallest automated PM sensor, later named “SMOGGIE”. There are a few great things about it:

New in the 5th iteration

Due to market shortage, we had to replace the previous Bosch BME280 sensor for Temperature + Humidity + Barometric pressure with the Sensirion SHT21.

The previous 3 discreet LEDs were replaced by a single RGB led. We’ll use it for even fancier #airquality visual indications. The PCB was modified to make assembly easier (rounded corners) and to correct thermal conductivity (somewhat affecting the built in temperature sensor).

The first batch of a few hundred units is being rolled out as we speak. Most of these will be installed in bus stations in several cities in Romania, with the others contributing to a university research study on pollution.