By Radu, on September 13, 2022 news #StandWithUkraine, model A, Zaporojie 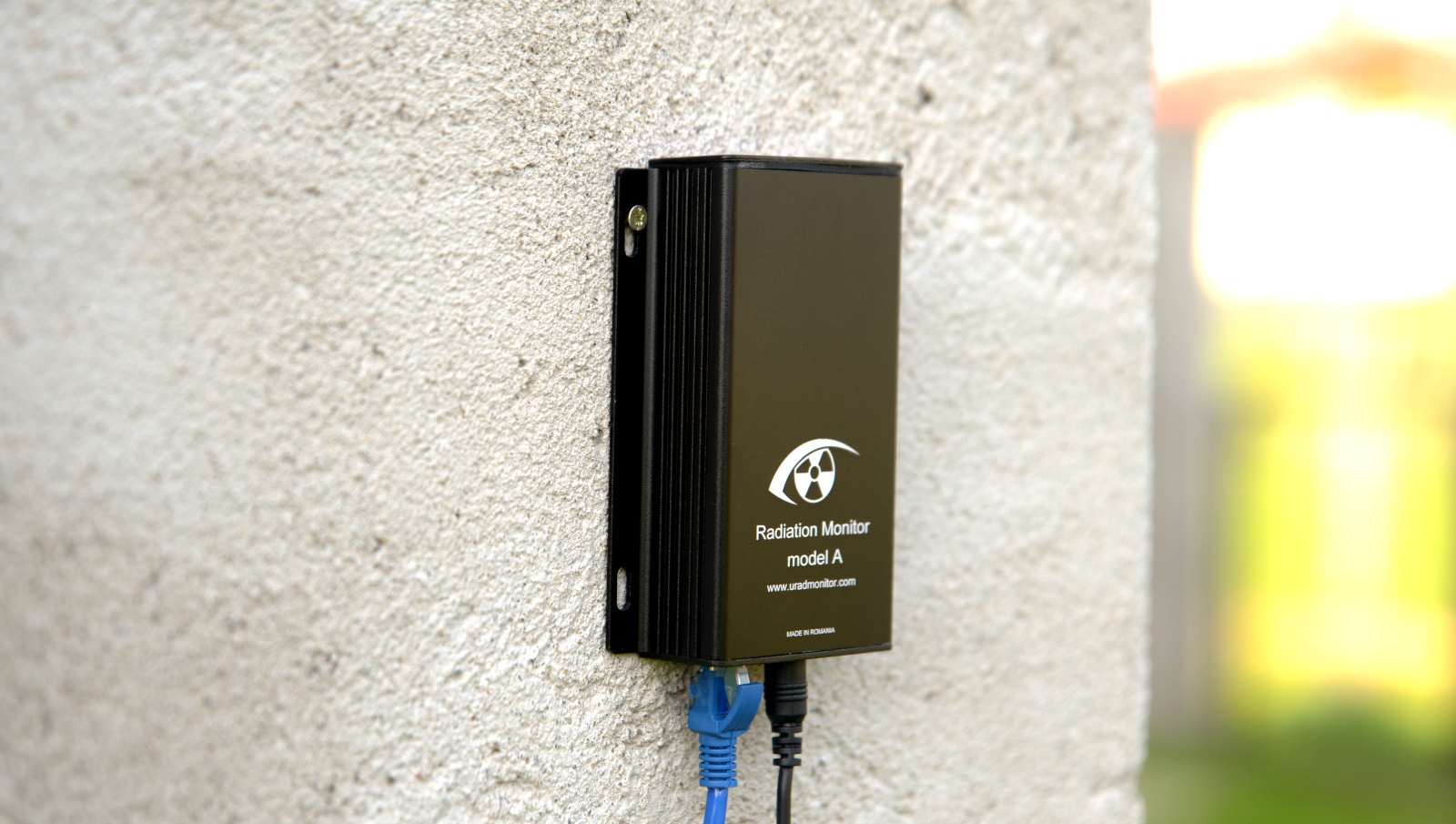 Following the anouncement on the radiation sensors we sent to Ukraine to help monitor the Zaporojie area there are some new developments. The sensors arrived and are being installed by SaveEcoBot and their partners. This effort was also documented by the local press, Buletin de Bucuresti and Observator Antena 1.

The first sensor to go online is 1100012D a “uRADMonitor Model A” rugged device, that will provide real time, automated radiation readings. It is installed at 50km from the nuclear plant. The radiation data can be accessed in real time using this link.

More detailed information is available in the sensor dashboard:

Any war induced incident at the power plant has the potential of releasing radioactive dust, that is a cloud of fine particles containing radioactive elements. This can happen if any critical part of one of the reactors is hit by a military weapon, but also by human error if the power plant’s infrastructure is not properly handled during a crisis, like it happened in 1986 at Chernobyl. The radioactive dust is then carried out by wind and can travel long distances. It is these particles that get in contact with human skin, are inhaled or cover nearby surfaces releasing deadly ionising radiation for a long period of time.

Why is radiation so harmful?

When the dose is high enough, ionising radiation causes two types of harm to humans: direct tissue damage and cancer. Direct tissue damage happens when enough molecules are broken apart that the cells simply can no longer function. This can lead to radiation burns, radiation sickness, organ failure, and even death. Cancer results when the cells receive a small enough amount of damage that they can still live and function, but damage to the genes causes the cells to pursue aggressive and uncontrolled growth.
Any such spread of radioactive material must be avoided as it is very difficult to shield any neighbouring populations from exposure since the contamination is entering the ecosystem paths (atmosphere, soil, water contamination) and cleaning up if extremely difficult.