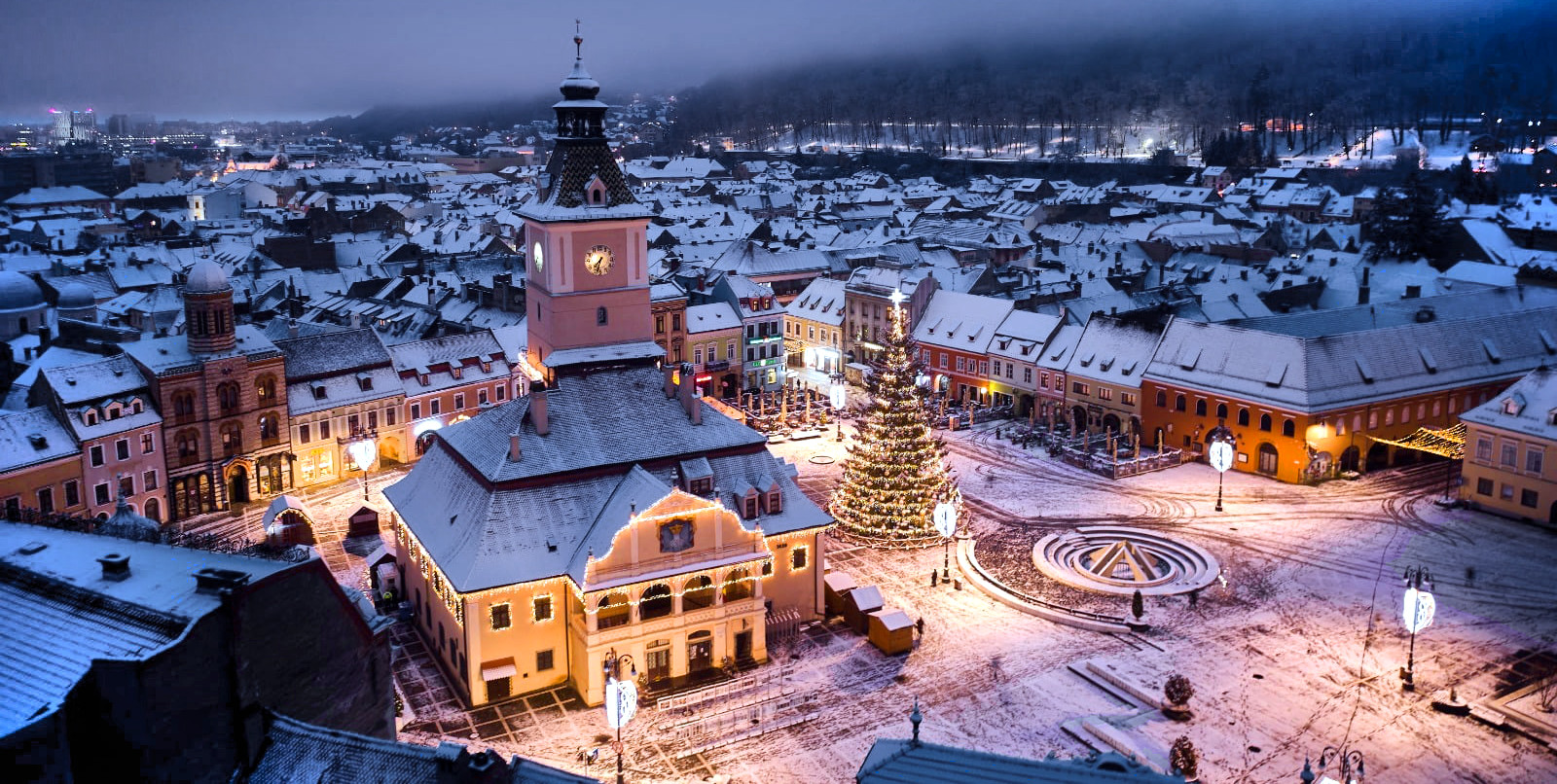 Brașov is a city in the Transylvania region of Romania, ringed by the Carpathian Mountains. It’s known for its medieval Saxon walls and bastions, the towering Gothic-style Black Church and lively cafes.

The beautiful mountain town had a busy schedule during 2021, with several projects that impacted the relationship with the environment: an international conference on environmental topics “FOV” that brought together 56 speakers from 12 countries, automatic plastic collection with public transportation ticket rewards to encourage recycling and to reduce waste, new pedestrian areas and solar panel being installed on institution buildings. Brașov City Hall has expanded the air quality measurement project by installing 17 new systems for measuring and monitoring air quality parameters in the municipality. These have been added to the 12 existing sensors so for better coverage. The objective of this investment is to create the most accurate picture of the most polluted areas and the types of polluters, so that the Municipality can implement solutions adapted to each area:

“We all want a city (Brasov) with a cleaner air, especially since pollution affects each of us. That is why a large part of the measures we have taken or will take in the next period are in this area, because when we talk about air quality, we are talking about how healthy we and our children will be in a few years. . In order to make the best decisions, we need to see what problems we face in each area, what are the causes of this pollution, so that we can implement the appropriate measures. We are currently monitoring 29 areas of the city. Many of these are areas where there have been complaints over time or where there is a high risk of industrial pollution, traffic intersections, but also areas where, only during certain periods, there is a very high traffic load. I invite you, all Brasov residents, to check the air quality in the city, either by accessing the city hall portal, www.brasovcity.ro, the pollution / air quality section, or directly on the uradmonitor.com website. For example, at this time (12.30, n.n.), the air in Brașov is quite clean, most of the parameters being in the green area, whether we are talking about PMs, carbon dioxide or formaldehyde “, stated the mayor Allen Coliban. Prior to his term as mayor, Allen Coliban was chairman of the Senate Environment Committee, in his capacity as Senator of Brasov in the Romanian Parliament.

To these 29 units are added the sensors installed individually by citizens, NGOs but also those installed by companies, including mobile sensors installed on buses. Thus, the number of sensors in Brașov and the surrounding areas reaches 70 units, contributing to a much clearer picture of the pollution sources in the area.

The new set of sensors was installed by Flash Lighting Services and includes 10 uRADMonitor A3 multiparameter devices, 5 SMOGGIE sensors and 2 uRADMonitor CITY sensors. These devices measure specific parameters which include air temperature, relative humidity, PM1 / PM2.5 / PM10 particulate matter, the concentration of toxic gases such as formaldehyde, ozone, sulfur dioxide, sulfur dioxide or carbon monoxide. The devices were evaluated for 4 months in the AIRLAB 2021 Paris competition, where they won 2 awards for outstanding technical performance.

The real-time data can be consulted on the website of Brașov City Hall, in the section Citizen Services -> Environment or on the uRADMonitor Environmental Monitoring network map.

Installation of the devices

The uRADMonitor A3 devices have been delivered in the new Stevenson outdoor enclosures, which protect the electronics and allow outdoor use directly.